Showing posts from May, 2015
Show All

Great Movies and Life Itself 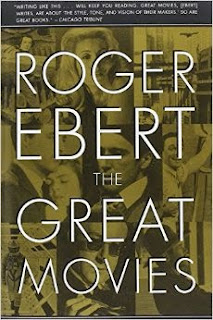 Is there anyone who doesn't know what "Two Thumbs Up" refers to? While at the TIFF Bell Lightbox to see the Scientology movie (see review, below), I popped into the gift shop. Everyone knows that gift shops are like Costco: they're Hundred Dollar Stores, 'coz you never leave without spending $100.... Hence my purchases of Roger Ebert's The Great Movies and the biographical DVD Life Itself . The former lifted me up, the latter not so much. I decided I would buy the book if one of his 100 essays were about Kieslowski's  The Decalogue : ka-ching! Okay, how about The Passion of Joan of Arc ? Bingo! Was The Wizard of Oz too low-brow? Nope. Did it include other genres, like the Up documentaries? I was thrilled. I'd never read Ebert before. Back in the days of watching TV, I saw him and Siskel bickering away like an old couple, often raising their voices over each other's. In his essays, I found a treasure trove of thoughtful and thought-pro
Post a Comment
Read more

4 Films about Dealing with the Cray-Crays 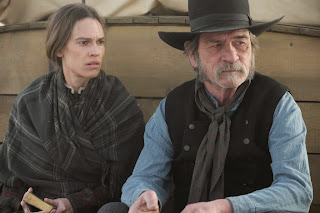 First of all, don't get all freaked out about sensitivity to mental health issues because of my title: I guarantee you I am totally entitled to look on this subject with some wryness. That disclaimer out of the way, I want to discuss four films I watched recently which all deal with dealing with crazy people on some level. The Homesman (2014, Tommy Lee Jones dir.) is the most relevant to the title in the genre of fiction--you'll see what I mean later. This quiet but disturbingly sad film demonstrates tight direction of subject matter that could have gone terribly wrong: either saccrine or Mel Brooks-worthy. Mr. T-L Jones and Hilary Swank have to transport three young women who have lost their minds on the prairie, and they have to do it with them in a box of a wagon amidst Indians, bad guys and the elements. Minor roles by John Lithgow, Meryl Streep and Tim Blake Nelson are tied up with a bow, and James Spader shows up later as...well, James Spader, but the two lead roles
Post a Comment
Read more
More posts