Showing posts from August, 2010
Show All

Recommended Even if You're NOT into Wrestling! 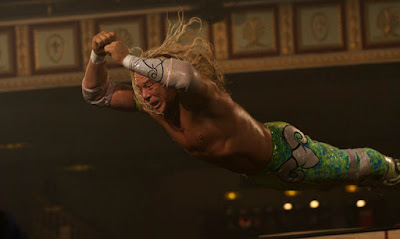 Aside from When We Were Kings , I never thought I'd watch another fight film again ( Raging Bull put me off), but I am glad I saw Mickey Rourke in The Wrestler . I'll watch just about any film about redemption (towit: Magnolia.... ); if I'd known this had that theme, I'd have checked it out ages ago. Randy the Ram reminded me of F. Murray Abraham's Salieri in Amadeus ; the 'loser' in his world, living a life under the shadow of other greats. In this case, the Ram is living in a trailer park, playing nintendo with kids and doesn't even have a (cell) phone. 'Course, that could be due to the massive amount of drugs and steroids he has to buy to keep up his dubious title. The film highlights what we often forget about celebrity (even if it is minor celebrity): what looks like glory and fame often amounts to a hill of beans. Marisa Tomei's character laments her stereotype, saying that she is not a stripper (which she most certainly is) but rather a
Post a Comment
Read more

Exit Through the Gift Shop 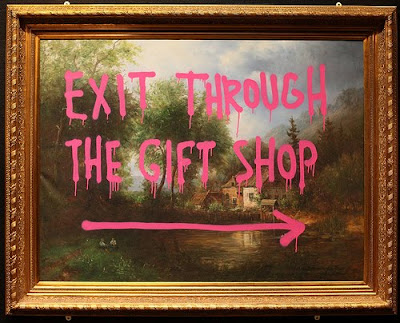 I saw and loved this film. All I can say is that I'm thinking of going to Mr. Brainwash's show in NYC....See the following review which says all I would wish to: New York Times
Post a Comment
Read more

August 18, 2010
If your eyes are still, you're dead. ~ David Hockney Photography is the easiest medium in which to be competent, but it is probably the hardest one in which to develop an idiosyncratic personal vision. ~Chuck Close
Post a Comment
Read more
More posts