Watch this trailer for Babylon Berlin. If this video does not convince you to watch the series (in German! God, don't ruin it by watching the dub!)...   zu Asche zu Staub recurs in various forms throughout season one—you'll know it by heart before long. This series is smart, informative, so creatively different! And has great acting. 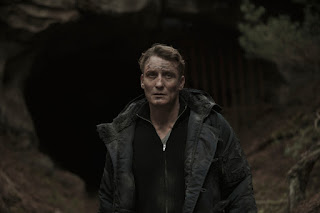 Auch fantastische is Dark, a better version of Stranger Things. The atmosphere in this show is so affecting. As is Oliver Masucci. Very addictive. You're welcome. 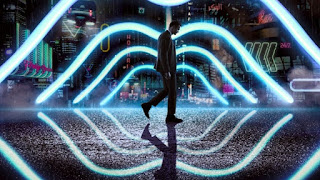 Mute, directed by Bowie's son Duncan Jones (2017) seems to be, according to the reviews, like Christmas cake: you either love it or you hate it. While I can see why some critique its sloppy elements, it's clearly a labour of love and is one of those interesting glimpses into our putative future. Similar feel to the urban fabric found in Altered Carbon. Worth a look if you're into dystopian projections. Alexander Skarsgård kills it, considering he only speaks about five sentences. It has nothing to do with Deaf culture or ASL, by the way.

Netflix is seeing a lot of good reaction to the European shows it streams (particularly those from the UK, Iceland and Scandinavia), but Germany is standing out at the moment.

Having recently copy edited and proofread a documentary in German for a German client, and with another series of captions (or subtitles for the deaf and hard of hearing in the UK), I'm getting my ear back for the language, which I haven't had much of since I finished teaching Latin at a German school. I'm immersing myself in ASL for my study and work, and Deutsch keeps nudging in. Komisch...

I'm going to be talking about This Close, the show acted by and about #DeafTalent (it's terrific) in ASL, but I'll be looking at it in my survey of the state of captioning on VODs, which will be published on my website, Reel Words Subtitle and Caption Editing. I'll post here when that is available.