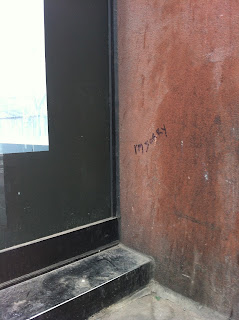 Photo by V.Wells Copyright 2015
New York Times op-ed columnist David Brooks has written a book that quashes that adage of modernity: in The Road to Character, he proposes that we have two sets of value systems that are embodied by inner selves Adam I and Adam II: the former reflects ‘résumé virtues’ and the latter, the ‘eulogy virtues’. We should be as worried about the latter as the former, he argues, and we’ve done a lot of damage by bringing up a few generations of kids by telling them incessantly and in every way possible that they are ‘special’.
Brooks examines the lives of several illustrious individuals and fleshes out the defining moments and influences in their lives that led them to develop character. For instance, his thesis is upheld by the likes of George Eliot and her interest in ‘moral improvement’ (p.183). He also discusses several in light of their vocations, but not with the self in mind: “A vocation is not found by looking within and finding your passion. It is found by looking without and asking what life is asking of us” (p.266).
He is not afraid to discuss the now-unpopular topic of sin, either. In fact, his definition is rather refreshing: “Sin is not a demonic thing. It’s just our perverse tendency to fuck things up, to favour the short term over the long term, the lower over the higher. Sin, when it is committed over and over again, hardens into loyalty to a lower love” (p.55). Well, I definitely think sin can be a demonic thing:
The LORD said to Satan, "Where have you come from?" Then Satan answered the LORD and said, "From roaming about on the earth and walking around on it."  Job 2:2
Anyway, the moral ecology that Brooks says is necessary is in danger from various attitudes both in us and in how we raise our children, or ‘incite’ them: they are ‘incessantly told how special they are’ (p.254). He talks about the ‘cult of busyness [that] develops as everybody frantically tells each other how overcommitted they are’ (ibid), which cannot help but be internalized by children as a desirable goal. Then, because they are so special, they expect to grow up to be millionaires (p.255). This surprises me because apparently they won’t know how to navigate the waters of real life if they don’t even know what a moral dilemma is (p.258). “Humility reminds you that you are not the centre of the universe, but you serve a larger order” (p.263) is a pretty scarce moral standing these days.
If he hadn’t spent several chapters discussing examples of virtuous lives, reading his discussion about the impoverished moral ecology (“Ch.10: The Big Me”) would have left me completely depressed. But I think that the fact that the book is getting so much media attention and reader interest (#4 on the NYT Bestsellers non-fiction list after 9 weeks) is indicative of the public’s general awareness that we are morally almost bankrupt and of their interest in saving what’s left of our unfulfilled lives by re-shaping our worldview and actions. But he provides a pseudo-manifesto—propositions for a Humility Code—which may not be accepted by all but which I applaud for its audacity. After all, it’s sort of a voice crying in the wilderness when you consider the celebrity fetishism and dive of decency into new abysses that we support now.
Sin aside, I’d like to share a story that made me, the former Latin teacher, want to cheer about. He tells of social activist Frances Perkins’ academic struggles in a school where her Latin teacher (God bless ’er) would make Perkins recite Latin conjugations and declensions ad nauseum, for so many hours that she would break down. But she later appreciated the hard discipline: “For the first time I became conscious of character” (p. 28). See, discipuli and discipulae, what I was trying to do when I told you to learn your forms?
If you’re interested in contemplating your inner life with an ecumenical text, I’d recommend The Road to Character as a gentle start. It does not judge the sinner or even the sin, but rather extolls the rewards of a life based on character, both for the person endeavouring to live it and for those around the forthcoming gifts.