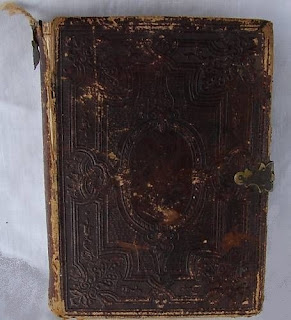 I have a confession: I pick up fantasy novels somewhat cautiously. My favourite genre, speculative/post-apocalyptic lit, often gets lumped under fantasy/sci-fi, which I find curious, because I don’t think a post-apocalyptic world is necessarily fictitious. But the branch of fantasy that involves dragons or other worlds or time travel…sometimes I need to be convinced. (Don’t get me wrong: I had to stop reading a spec. lit. book that I was going to review: it wasn’t worth my reading or writing time.)
So when I embarked on Janet Ursel’s upcoming fantasy novel Disenchanted, I didn’t expect to be hooked to the point of not making dinner that night and reading a third of it in one go, after a full day of other editing work. It is another world and time, and it does involve magic. But this is a multi-dimensional treatment of fantasy that Ursel makes work beautifully.
As an editor, I see a lot of writing problems, so my mind is trained to note them even when reading for pleasure. I dog-ear, I underline, I highlight. Disenchanted is smooth sailing, however, and will appeal to a broad range of readers. It’s hard to write well in any one type of story, but this novel involves fantasy, magic, intrigue and love, all of which hit the mark.
Ursel’s characterization is rich, integral to the plot working; in fantasy writing, I often see it failing or undeveloped. Her prose is crisp and light, even when the implications of the climax are presented, so that it doesn’t get bogged down with preachiness. Redemption and conversion are introduced clearly but as an offering, and the reader can decide how they* want to respond to the push and pull of those themes.
One of the dangers of creating other worlds, with or without magic, is the tendency to try too hard with vocabulary. Other realities must involve other objects and customs, right? Naming those can lead to wordiness and linguistically incredible words themselves. In the shires of Coventree, life is accessible to the reader, and from that basis they can immerse themselves in the fictive parts.
Another danger is the potential for disjointedness: the author of a story with different realities, places and timelines must be a meticulous planner and developer of the plot, or the reader will catch loopholes in the storyline or, worse, abandon the book for its lack of cohesion. The interwoven generational subplots and the variant themes could lose readers, but Blayn’s and others’ stories are not only plausible but irresistible—hence my quick read.
Finally, both professionally and personally, I feel that writing should not irk. And one of the easiest ways to irk savvy readers (particularly this one) is by using bad tropes. Good metaphors and similes must go unnoticed, like good editing or musical composition for films: if you notice the ‘as’ or ‘like’, for instance, you’ve failed. You might be able to tell that this is a pet peeve of mine. I believe that in the movement towards simpler communication and plainer language, omitting weak tropes (amongst other types of stylistic choices) may be the wisest writing decision. (So, too, with overused dashes or thesaurus choices without consulting the new words’ definitions, but I risk digressing.) My point is that Disenchanted is successfully and appealingly described without overly resorting to this dangerous device. Or maybe the writer did use many but they were crafted well enough that I missed them.
I like anything that involves Latin, having taught it for lo these many pre-editorial years. Many fantasy—and especially historical fiction—novels contain excerpts in Latin that are either badly translated or left untranslated, leaving the non-classicist reader to feel perhaps a little unsophisticated, which is not a nice writing practice. Unless it’s something like A Canticle for Leibowitz, it’s just not necessary to show off in your book. But a little is a nice touch. So I loved the story being placed in the year of Anno Coventrei ###. It showed the author’s careful consideration about how to ascribe an unfamiliar setting to the story.

The only Wish List item that occurred to me was a map: something à la Middle-Earth illustration in the front of the book. Place is adequately conveyed in the book, but there were a few times I found myself reading closely to picture journeys and action. However, I am spatially challenged, so it might have just been my issue. I learned since my beta reading that the final version does include a map, so I look forward to seeing that.
In a time when fantasy has become popular again, Ursel’s novel is sure to do well: it is utterly charming and yet has the substance to make it a satisfying and thoughtful read. There is historical allusion, the theme of brokenness and the hope of conversion. This is a debut novel that gets a big checkmark from me, the fantasy-skeptic.

*This piece contains the use of the singular ‘they’ intentionally. It is becoming the reality of this world.