We All Have a Place We're Not Meant to Give Away 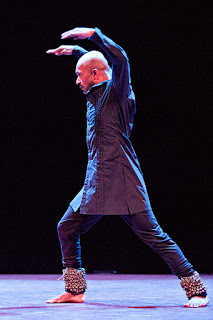 A good piece of art takes you out of yourself. Last night, Toro, the ‘dance’ piece, allowed me to forget an unrelated incident from an hour previous that had left me shaking. I put dance in quotes for positive reasons, not to denigrate the performance. As Matthew Jocelyn likes to do, we were presented with a genre-bending performance that focused on dance but also employed world music, singing and drama to create the kind of eye-opening and enlightening CanStage offering that Toronto is beginning to expect from it.
Toro was the quickly re-visioned performance after one of the two booked dancers, Israel Galvan, had a serious knee injury in Paris and had to withdraw. But the audience did not suffer for it: four remarkable musicians augmented the dance of Akram Kahn, and I had an education. David Azurza, countertenor, B C Manjunath, percussion, Bobote, flamenco and Christine Leboutte, contralto, provided an organic background of vocalization, and instrumental and body percussion which had flavours of India, Spain and perhaps the Middle East. There was humour, there was contest (“toro”) and there was conversation of many and no languages. Their interactions, with the unbelievable beauty and control of Kahn’s be-belled kathak dance, created a choreography that produced an aura of energy around them at times—and it wasn’t just when the flying sweat entered the lights centred on them. I’m still processing it. And I feel privileged to include this offering in my ongoing education about dance. 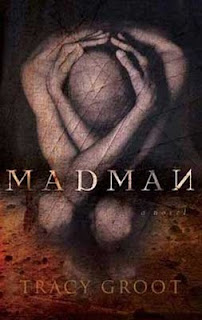 I learned about Tracy Groot when Janet Ursel interviewed her and I knew I wanted to read Madman. I had some trouble ordering it (I’ve since learned that online outlets have misleading 'out of stock' notes) but finally got it this past month. First of all, the cover image is amazing. And perfect.
Then you open the book.
This is the kind of “Christian fiction” that you want to run towards, not away from. It gives that genre a good name.
Groot, like Ursel, has a way with character development and voice, and her treatment of setting is also thorough: I have a degree in classics, yet she opened areas of ancient Roman culture to me that I didn’t know about. She subtly captures the multiculturalism of biblical Galilee, which is eerily reflective of current refugee crises, and navigates socio-cultural reactions to mental health issues. But the reason it is good Christian fiction is that it takes about 300 pages to even get to Jesus, who has metaphoric names via different characters (a child, a possessed man) based on their experience of him. There’s no hitting you over the head with proselytization and even the climax is handled ever-so-gently (and beautifully). Plus, a key phrase in the story is in Latin (and it’s correct! Unlike other unnamed Christian authors who should not Google-translate the language…), which tickled this ex-magistra.
I get so excited when I read Christian fiction (like Groot’s and Ursel’s) that is worthy of publication and wine-and-cheeses!
[This post's title is from pg 310 of Madman.] 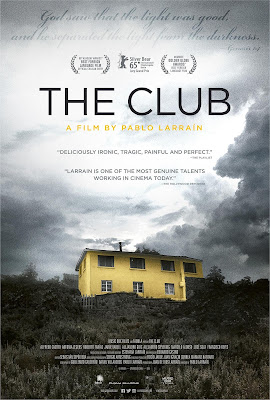 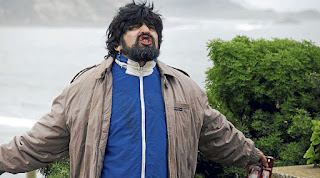 I went to El Club (dir. Pablo Larraín, 2015) at TIFF because I knew it had a theological theme. I was surprised by this inflammatory Chilean film was; it’s a fictional (?) treatment of the topic of priests disgraced for sexual misconduct, and it is very in your face about it, as it should be. It is a largely unforgiving study of the church and how it deals with its problems. Which is interesting since I saw themes of forgiveness and love, and motifs of cross-carrying and communion and The First Murder. Top-notch acting. I don’t know what the director’s and screenwriters’ (Guillermo Calderón, Daniel Villalobos) intentions were about those, but I’d love to have a chat with my former theology film prof, Adelmo Dunghe, about it!
If you can handle the subject matter and unrestrained language, I’d recommend it. 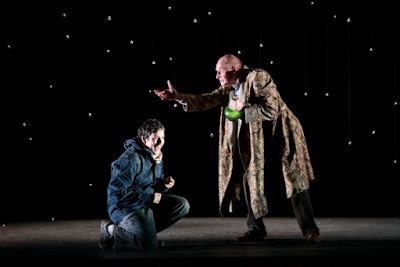 Finally, if you’ve been reading this blog for a while, you’ll know I’m a huge and longtime fan of Tapestry Opera, which commissions and presents new operas, and not just Canadian music: I got to the last performance of The Devil Inside, co-presented with Scottish Opera and based on the short story, The Bottle Imp, by R.L. Stevenson (a friggin’ creepy tale, btw.)  You may have seen the cover of WholeNote magazine this month which featured the production. I found principals Steven Page, Nicholas Sharratt and especially Ben McAteer to be very strong in their roles. I was also very impressed with the staging effects used: sets were largely monochromatic (B&W) and really creative and resourceful: effective use of backdrops and charmingly simple back-lit silhouettes, all proving you don’t need a kajillion-dollar budget to put on a good production in a small theatre with non-Met revenues. Kudos! It was great to see like-minded opera companies collaborating, even over the pond. So glad I made it!
While waiting for curtain time, I had some time to go into the Power Plant and see current exhibits, pictured at the bottom of this post. The black bits are 30,000 paper moths with an interesting background. See the Power Plant site for info on the other pieces.


Finally, en route I was listening to the wonderful Mary Hynes’ Tapestry radio show on CBC Radio 1 (one of the few useful shows left there) which included a chat with K.D. Miller, author of All Saints (must buy!). The whole discussion (indeed, show) was fascinating, especially the part about Consumerism, The False God [my title], but I wanted to share Miller’s theological reflection exercise, which starts with “The sky I was born under….” You can listen to that part of her talk at minute 32:33. Really excellent stuff, and not just applicable to “the religious” among us. 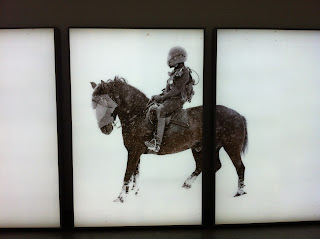 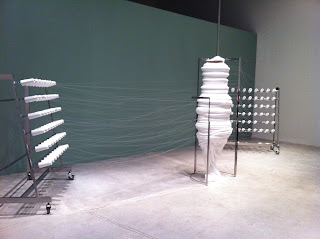 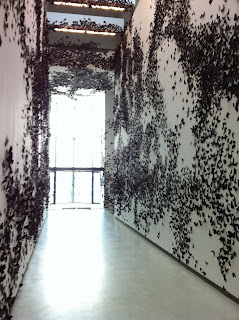