January 21, 2016
The only connection I could make between the two works I’d like to recommend this week is that both have blue covers... 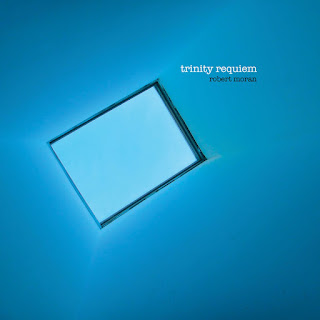 Photo
In the better-late-than-never category, I found a CD called Trinity Requiem with music composed by Robert Moran. It was commissioned to commemorate the tenth anniversary of 9/11 and features a youth choir from, poignantly, Trinity Wall Street Church, and the recording includes, serendipitously, a siren left unedited at the beginning of the Offertory. There are three other good pieces on the CD (Seven Sounds Unseen, Notturno in Weiss and Requiem for a Requiem), but the eponymous composition is exactly what this minimalist likes. My only disappointment was that I couldn’t find a photo credit for the cover image, which is Turrell-ish. (Which means utterly beautiful and sublime, all you millennials who’d never heard of him before Drake’s “Hotline Bling.”)

My other blue cover is on Nancy Horan’s Under the Wide and Starry Sky (Ballantine, 2013). This is a historical fiction about Robert Louis Stevenson’s wife Fanny (née Van de Grift) which is definitely a Wine and Cheese Winner. Despite RLS's constant ill health, the story is quick-paced and full of characters I didn’t know were connected, most notably Henry James and his significant literary and personal influence on the couple. John Singer Sargent also painted their portrait, the result of which was not really to either’s pleasing, although for different reasons. 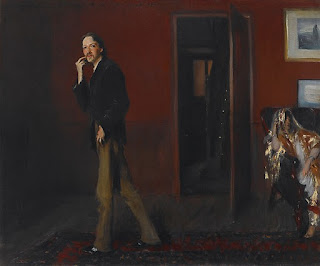 Photo
This book has been such an engrossing read that I look forward to Horan's previous novel, Loving Frank, about American architect Lloyd Wright. It has also moved me to revisit my James novels, of which I became a fan at thirteen after reading Portrait of a Lady.